Adding a Human Touch to the Social Web through Human Media 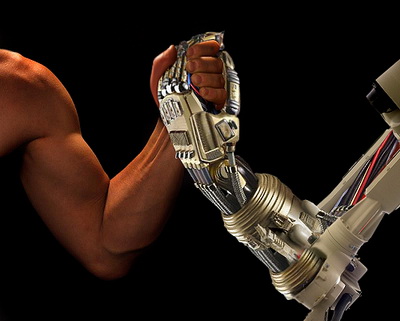 I’m not talking about re-inventing the wheel, but to make the wheel working for us. The media revolution it isn’t about what the platforms or tools can do for us, I think it’s more about how human interactions can change the outcome for business, people and the environment.

It changes the point of view, refocus your strategy, it takes you far from the social platforms and talks plain about them, it’s just a simple means of expression neither more nor less. Human Media means paying attention to what truly counts, people and their interactions and also, how their abilities, competencies and skills plays an important role in this networked society.

Have you ever felt in love with a laptop or even with Facebook? Have you ever thought in Twitter whenever you have experienced joy, happiness or nostalgia? Do you prefer going on a concert with your best friend or perhaps with your iPad? Whenever you have felt defeated, who was the one that was by your side, LinkedIn or a relative?

Then, why do we put so much emphasis on Facebook, Tweetdeck, Hootsuite, Google reader, Foursquare, Pinterest, Instagram, and so on? Don’t you see that information technologies, last-generation software, devices or APPs are relatively nothing without the human component? Without human interactions and thus, relationships we never won’t be able to reach our customer and touch their heart, soul and mind. Social media it’s a emotions, abilities and interactions catalyst.

Social Media is a means of expression capable of creating change that changes people in real and meaningful way. If so, then Human Media is the brush that allows you to draw in the canvas of media and marketing, so you can create human relationships.

The Human Media challenge lies in identifying the human part of the Internet, as well as persons and emotional part of businesses – I would dare to say that even the interpersonal part. It’s not about programming tweets, post content as if there’s no tomorrow or overwhelm our audience with excessive promotion and intrusive marketing, nor even share for the sake of share, no. We’re talking about transmit what we are, people who can add real value to the mission of businesses or individuals.

Back to the Past

Human Media demystify the web 2.0, it takes as it’s principle the change from 2.0 to 1.0 empowering the human relationships through the vast possibilities that we can harness, the potential is endless.

Up until now, we have seen how social media grants power to the artificial thing, the flip side is that Human Media tries to take the marketing back to human nature, where it should be, among people.

Changing the focus and how people see the online landscape won’t be easy, but it’s necessary. Technology and social media won’t change the world, people will, so why not constantly focus on that?