How to make (anything) viral 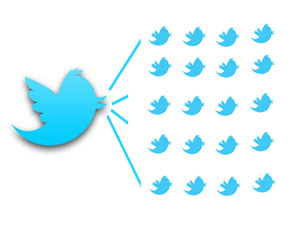 I find it interesting to listen to agencies, professionals, marketing directors or advertising specialists talk about virality. It surprises me when they decide to sit down and write something that will supposedly go viral. This turns into hilarity when they demand the video you launch goes viral, and it’s Utopian for them to think that the work they do will go viral. Improbability arises when we expect an idea/virus to go beyond our own world perspective. That’s why we constantly fail in our attempts to reach virality.

Virality belongs to the people

It isn’t brands, Facebook, Adwords, Twitter or YouTube that cause virality. Virality comes from your ability to create something unexpected; something that has an impact and catches your audience unawares. Virality belongs to the people outside your circle of influence.

You will never go viral while you expect to conquer the meaning of the term ‘viral’, working on it endlessly.

Matinée’s latest video, Ibizious, has gone viral; everyone’s talking about it. When they thought about it, they didn’t think about doing a viral video; they thought about making a video that someone would like, which would then replicate to many. The true value was in creating a video that had an impact, something out of the ordinary that would draw someone’s attention, anyone outside the people involved in the project: managing to amaze someone beyond our understanding of amazement. The video created change. What no one gets to see is the entire year that the people behind the video worked on it.

Consider a single person as viral

Seek making an impact on people who see the world in a different way than you do. Have such an impact on them that they cannot get to sleep unless they choose to make it happen: sharing your message with others. Start with one person. Then you’ll start to become viral.

Next time you think virally, think about how not to let one person rest until they share your message. And by this, I don’t mean spamming it to death.

Unfortunately, our perception of what’s viral isn’t the perception that the world has about the meaning of viral. Luckily, we can’t control virality.