New Media Allowed Writing the Title of the Revolution 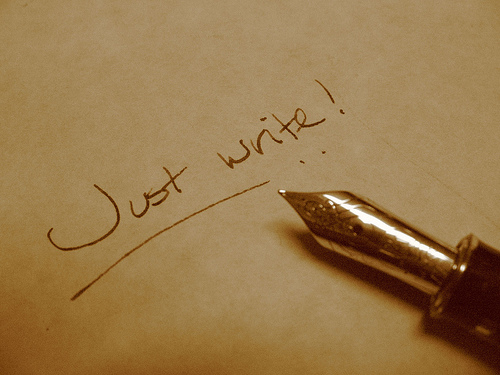 During all this years we have seen how the tv, newspapers, family and even school tried to force us following a manual, arguing that we had no choice.

Now, thanks to New Media, those from above (status quo) truly have no choice but change. It’s finish. Welcome to the era of transparency, connectivity and authenticity, a new era where you have an unlimited canvas and colorful crayons to draw your path. Be clear, write a title and tell us what to do, please.

New Media isn’t only the evolution of media, but the focus on the intersection of the connectivity between people and information technologies and innovation to take processes beyond traditional media methods. New Media isn’t neither a simple communication or marketing revolution, although it has broken traditional and massive broadcast models. We may never again want to call the radio and TV communication channels. How can they be if the are not created for an interaction between both point of the bridge or even a relationship based on relationships? A fair message exchange? Real-time, sincere and authentic feedback? An equality in the rights of expression for some of the elements that play a role in the communication process? New Media is a revolution beyond the evolution, because it’s an evolution that has revolutionized how people and businesses communicate and market. Everything that New Media touches, it changes dramatically.

As I said, New Media changed the game. However, it doesn’t create a whole new world, it leverages the Internet harnessing the appearance of the Social Web: platforms, tools, channels, practices and any other type of element that can create connectiveness, relationships, conversation and feedback and also can clean that way to human interactions. Therefore, we’ll open the inside world to resonance and attunement with the outside world.

New Media gives crayons to everyone, so you can start our own revolution.