Social Media and Technology Won’t Change the World, People Will 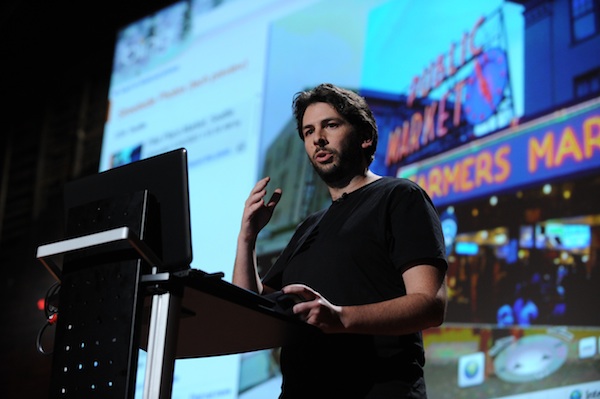 The potential that social media handles today is tremendous, I do think that managers, CEOs and directors of big companies, associations, institutions and brands, should consider the valuable opportunity that they have in their hands and make use of the Social web and technology to create change in the environment, which includes people.

It’s clear that the new world where we are living now has impacted and shifted work, marketing and media processes. It’s ok, but… How important it’s if we don’t try to help finding meaning to other people?

Human Media is an idea that I was chasing for quite some time, almost more than a year… Why this idea? Simply because it’s about staying human through the Internet, it makes possible equip people with knowledge and experience, help them to reach their goals (personals and professionals), deliver real value to the world, exchange and expand ideas and perspectives, meeting new approaches, finding a better applicability to the use of the Social Web, feed with coherence the online strategies that our brand may be developing and of course, pointing out to the results. It seems to me that all of this it could be possible without losing the human touch, it’s possible make use of social media and technology without the need of focusing just on numbers instead of people, we don’t have to embrace the anonymous system anymore, this way of doing marketing intrusive, cold and massive, let’s end it up.

Undoubtedly, we are in the media and marketing disruption era, a new era where the online media is being used in the wrong way, we are boosting them the other way around, the social web potential could be lost if we continue with this practices.

We need that the platforms and tools allow us to connect, build relationships and create human interactions, we need that people fuel the Web and not the ego-system. We are in a scenario where the mobile connectivity is demonstrating that it’s a real alternative to reach customers. There connectiveness is more important than targeting or retaining customers, now touching emotionally is the new CRM. It’s the era of the human innovation through the Internet. Now people wants to be involved in the game, interact and change the outcome, we are not merely viewers anymore, the are businesses – and people – that are creating effective channels so they can communicate with their potential audience and customers and so, generate a favorable outcome for them.

Make Something with it

Human media doesn’t belong to me, it’s only one of many approaches that could help to create change and build something significant, in this case I just was determined to make something happen and then launch it. It’s being accepted and used as a model for many businesses and people, so it seems that’s working, nice. It’s your turn, grab it, modify it, improve it, adapt it to your business needs and apply it depending what you are looking for, create a game for you to win in the most human way possible.

After all, it has to be somebody crazy enough to step ahead, be questioned and criticized. but, if it helps and equip people, all this effort will be worth it, then I don’t mind do it as many times as needed.

Social Media and technology won’t change the world, people will. Why don’t focus constantly on that?