I’m noticing more and more people talking about their lives on Facebook. It’s usually when you turn your head to a monitor or peek towards a smartphone or tablet that you realise that what you’re looking at is the Facebook homepage. I see mums and dads, sons and daughters sitting at a table and logging on to Facebook to see what’s going on. I experience dinners with friends, work colleagues or clients where the first thing they do is to ‘check in’, or update their Facebook status or send a tweet saying that they’re with the person they’re actually sitting next to. The funny thing comes when we decide to take a picture and upload it to Facebook for hundreds/thousands of people to see, or perhaps use Instagram. I’ll own up to the fact that I’ve done it and still do it, yet would prefer not to do it so often. 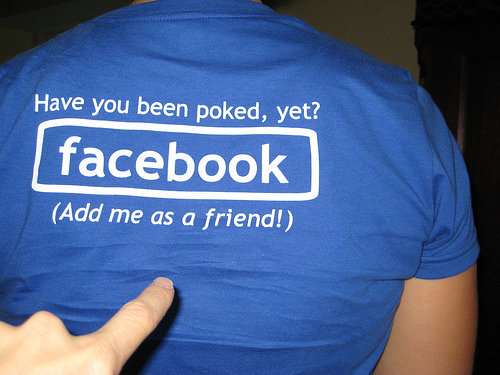 We are so often obsessed by the social media fever –or, social networking- that we miss what’s going on in the moment. In a sunset I experienced very recently, I was impressed to notice that practically 80% of the people there were taking pictures of the moment for later. More or less 50% of them would be uploading them to Facebook; my curiosity took the better of me and I asked many of them, with most of them confirming my hypothesis. On the other hand, only a few were actually enjoying the sunset. They were all logged on to Facebook, following their friends’ and family’s lives.

Some time ago, e-mail was the top online priority. I wonder whether the social media have taken on that role now or, on the contrary, if they still come in second.

Here in Las Salinas, in Ibiza, where I live, there is a store 300 metres from home. I stopped there the other day to buy some water and fruit. There were two girls there who knew each other and seemed to have met there. One of them said (in English), “OK, I’ll Facebook you if we go out partying.” She didn’t say, “I’ll call you”. No, she said “I’ll Facebook you.” The verb.

I’m not a great Facebook fan. I like sharing my life with my friends. I don’t have an official fan page (though many have asked.) I’ll probably never have one, just like I’ll probably never be a superstar, an “Expert” or a “Guru” to have one. I do have an account with not too many friends, close to 2,000 (I’ve been on Facebook almost 4 years now.) I try to be selective and critical about my connections on Facebook. They’re my friends, those close to me, the people I want to share moments with. Not everyone. Sorry, I like to keep certain things about my life private to myself. I believe that almost all of my “friends” who are on Facebook –approximately 75%- belong to my inner circle of friends and family. Through Facebook I can follow the things that take place in their lives. I can take a look at pictures of their events, I can follow health-related news of the people I love. I can learn about their achievements, all those things we used to write letters or make a phone call about. That is how I see Facebook; at least in this context.

What about Facebook for business, as a professional or marketing tool? I haven’t reached that point yet. I still feel out of that game. I’m still trying to find out the magic formula.