Before COVID-19 lockdown I became interested in Zen philosophy, in part thanks to Alan Watts, with whom I resonate greatly. So when the quarantine hit, it was a great time to study Zen and Taoism almost every night for 15 to 28 minutes. That’s when I realized that I was connecting a lot with the first, while I felt that it was not the time for the second. A few days later, I started with a daily immersion process in Zazen. Through books, articles, and the most interesting, videos, reports and interviews, that is where I met Dae Bong Sunim, Zen Master at Mu Sang Sa.

So after seeing more and more videos, I decided to contact his office so that I could request an audience and interview with him.

“The mind ‘don’t know’ is that you do not know that is the way of Buddha, there is wisdom“

I graduated in psychology in 1972.

He worked 5 years as a counsellor in a university psychiatric hospital and prison.

He moved to the Providence Zen Center in the United States. In 1984 – studying with Zen Master Seung Sahn.

After practising 7 years, he has ordained a Buddhist monk. After more training and practice, Zen Master Seung Sahn became Dae Bong Sunim at the Abbot of Zen Centers in Paris, France, and Berkeley, California and Cambridge, Massachusetts, in the United States.

Zen Master Dae Bong has lived in meditation centres and temples in the United States, Europe, and Asia for 39 years.

In 1992, he received the “Inka” authorization to teach and in 1999 “Transmission” from Zen Master Seung Sahn.

“Ask yourself: Who am I? What am I? that is to become Buddha” 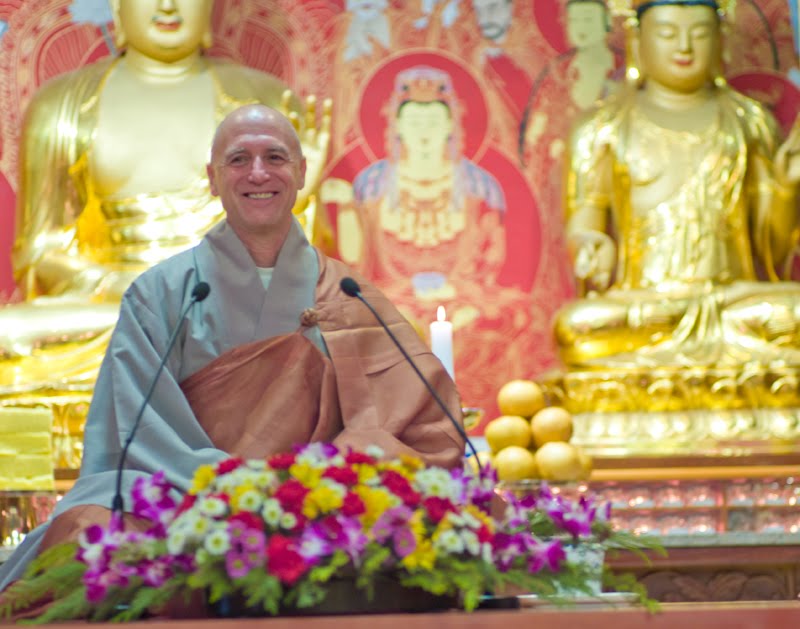 This is the first meeting and first interview (in English) that I do with a teacher of this height. His name, as I indicated earlier, is Dae Bong Sunim, Zen Master. This podcast is a conversation about how Zen is a great tool to alleviate human suffering, practical and actionable wisdom. As well as being a resource for compassion, abundance, and peace of mind and spirit. Learnings, anecdotes, stories, proverbs, examples and personal moments related to what matters today in the world we live in are discussed.

“When you do something just do it“