Burning Man, perhaps one of the wildest, surreal, idyllic and creative places on the planet. It could also be said that it is one of the sites with the highest concentration of energy, resonance, talent, magic and let’s not deceive ourselves, money, on the planet. As my friend, Víctor said in an Instagram post, maybe the most vivid desert on the earth. As I said in 2014, the first time I’ve attended this world that is born and dead in 8-9 days, explaining what Burning Man is to someone who has not gone is like telling to a blind man what color is like. It’s a pretty tricky mission.

What I’m sure of is that today, Burning Man is one of the most desired, lush and attractive destinations for millions of people. Especially after the appearance of social media.

What is Burning Man, simplified

To simplify, a place where more than 80,000 people meet in the Black Rock City desert, coexisting under ten great principles.

Principles that many Silicon Valley companies have adopted as business values and philosophy. There begins what Burning Man is.

It was my third year, 2014, 2016 and 2018. When you live outside the American continent, and in places like Europe or further afield, logistics become more complicated. Besides, in my case, doing it every year is somewhat repetitive. That’s why every two years or even every three is a good way to approach it. At least for me. The truth is that every year that I have gone, I have lived entirely different experiences, with their learnings, and their particular moments. It always changes, because you are never the same.

This year, with what I would say that Burning Man (and Afrika Burn for example) are, I would say that they are places of absolute disconnection, where to flow, to enter very deep into myself. A place where to interact with nature and connect with very resonant people. It is, I repeat, for me, a super retreat where there is a concentration of massive energy.

Isra, what is Burning Man, well, for me, it is a vital experience, for some people it even changes their lives.

How to live Burning Man

There isn’t just one way; there are hundreds of formulas as I said above. I remember that the first year we lived it more as a discovery. Also, we were a good group, eight people. The second year was somewhat more relaxed but intense at the same time, lived mostly by day, we were three people. This one, the third, was more subjective, but at the same time much more open, since I knew many people that I was finding. On this occasion, I went with my friend Elena. The best part of it is that it’s thought of for all types of people from families, seniors, to teenagers, couples, etc. 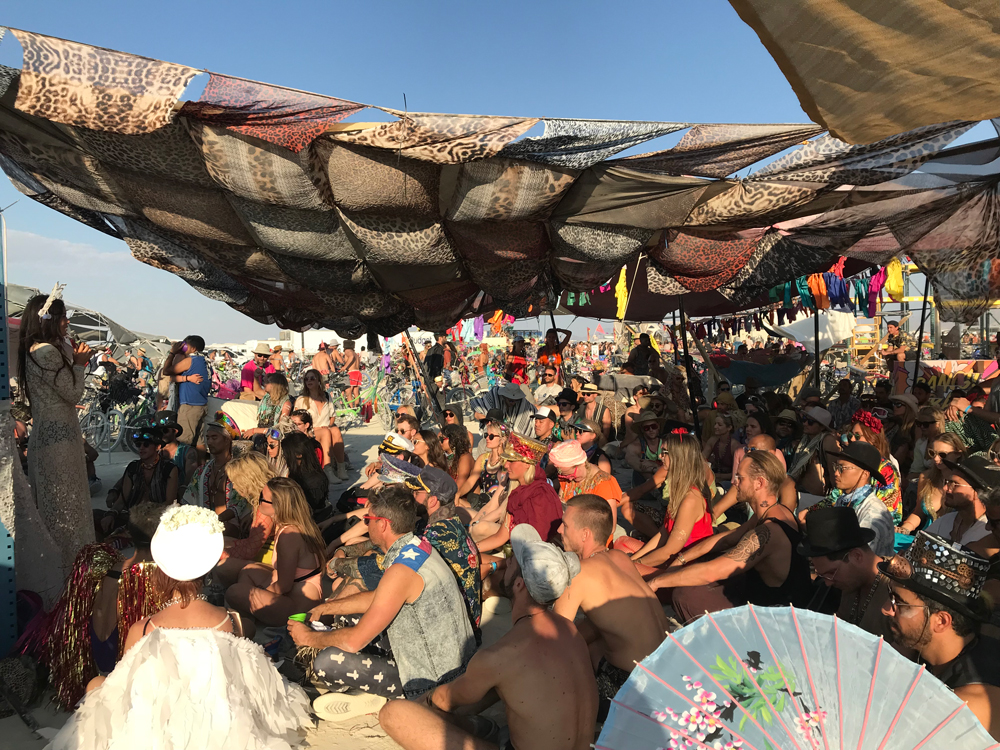 When you’re there you forget everything else; it’s like living on another planet. It’s a utopia, it sounds exaggerated, but it’s not.

Things that nobody tells you about Burning Man

It is something I think everyone should know, even if they don’t want to go, although let’s be honest, 98% of people die to go:

More things you should know about Burning Man 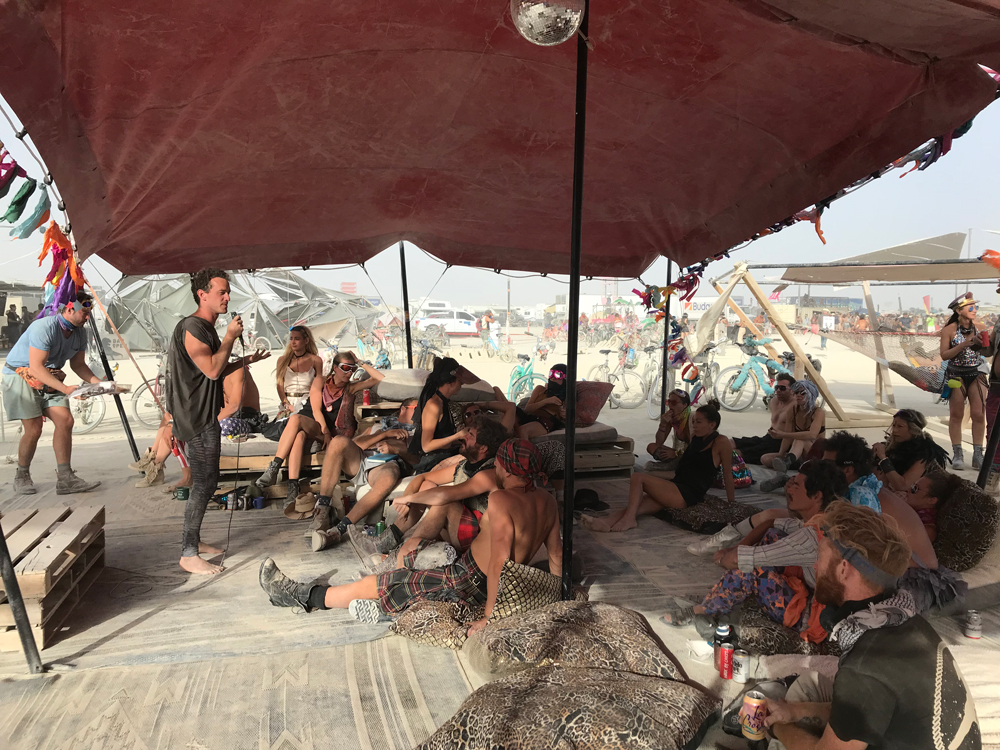 The most essential of all is that you read and follow this survival guide, there you have everything you need to know and buy. More budget, yes. Then, subscribe to their newsletter, “The Jack Rabbit speaks.” There you will find all kinds of information, from time to traffic, last minute news, recommendations, etc.

Previously I wrote things that I liked and things I didn’t, based on what Burning Man is. I also wrote about the real value behind this phenomenon.

Conclusion on what Burning Man is

If you’ve gone, you know what Burning Man is. If you haven’t gone, my unsolicited advice is that you go, at least once in your life. Everyone should try it.

This year I have learned a lot about myself, about my emotions. I have lived during the day, the only two nights I left, at 1 am I was sleeping. I have had two moments of introspection. And I’ve met fascinating people like Lucas, Toni, Miguel, Nico, Nouriel. Then I connected more with other people I already knew as Manny, Kevin, Doug, Martin, Elaine.

Burning Man is the perfect place to know what is inside each person. Everything stands out, everything contrasts, when you pass day 5, almost in survival mode, the true “I” of the people comes out. It’s great to test yourself in front of others, to show your real vulnerability. It is sensational to know people without shields, with all its nuances.

Have you ever been to Burning Man? What do you think I’ve left out? Do you have any questions? Leave it in the comments, and I’ll answer it as soon as I can.

May the trip continue.