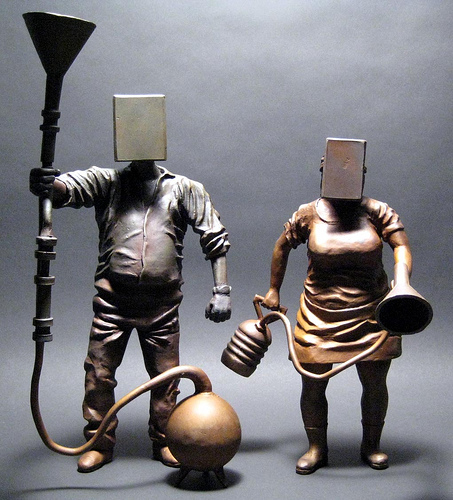 Do you know about #smokemakers? Probably not, but you will do after this. To become familiar with the idea, you’ve probably heard of people taking you for a ride, social media gurus or mega-expert power rangers. It all boils down to the same thing at the end of the day.

This concept is the result of reflection and collaborative projects between Pablo Ferreiros, Enrico Ahrens and myself, everything else that has resulted from them and our friendship. Much of what I include here is something that we’ve been pondering about for quite a while now, enough to know what we’re talking about!

We’ve analysed these people, we’ve followed them closely to study them in depth and, as a result, we have reached some interesting conclusions. We shall share some of the most relevant ones here for the first time.

– We know about your technique of praising us to the skies and say amazing things about us to then position yourself by our side, and in the worst of cases make us feel obliged to return the favour saying the same about you.

– You don’t need to mention us in your blog/tweets/conferences/book. We’d be more grateful if you didn’t!

– Avoid placing our name, brand or projects next to yours. That seems to be something for which you have a special talent!

– There’s no need to be falsely concerned about us. We’re fine and we will be for a long time to come as long as you don’t come near us to see what you can get out of it!

– If we meet and ask you “how’re you doing?”, out of courtesy, we aren’t asking so that you can brag about how many conferences you’re attending each year or the hundreds of projects you’re involved in or how busy you are seeing to the media, your number of Twitter followers or LinkedIn contacts. No, we’d simply like a sincere, honest, humble and heartfelt answer, something which is light years away from what you represent.

– Every time you speak, a smoke screen fills the hall, stage, classroom or space you’re in. As Pablo and Enrico rightly say, we’ll try to carry our own gas masks with us!

– We’re terrified of knowing or being next to someone who uses the word “I” the most.

– We don’t really care how busy you may be. In fact, we don’t care at all.

– We’re amazed at your LinkedIn profile stating your work for almost every one of the Fortune 500 companies, but we’re amazed still by not seeing any practical case study or project that so proves it.

– You’ve lost, you lose and you’ll lose. Your ambition to claw your way up is so great that you forget we realise when you’re lying, showing off, bragging or behaving like a schemer.

– We know you manage your database and use visiting cards very efficiently. However, sending an email every time you succeed in a business school, project or conference, positioning yourself as one of a kind, isn’t going to work. We’ll reject you.

– RTing any compliments, praise and flattery aimed at you means that your dark side [Spanish link] won the battle.

– Asking someone, in public or in private, for their Facebook page and then turn the story upside down pretending it was the other person’s initiative… is simply sad!

– It’s easy to recognise you, we only need to observe you for a short while to notice how your yearning, greed, ego and arrogance take over you.

– We love seeing how you take the people who don’t know you for a ride. It’s not a problem. What you’re selling is faulty. Sooner or later, you’ll be found out!

– We hate it when you try to correct the people next to you. We can’t stand how you voice that their opinion is of no importance and that only your perspective is valid. You’ve done it way too often and we’ve witnessed it one too many times so we won’t let it go next time. We’ll show you up for what you really are.

– You forget that when you care for no one but yourself, we realise.

– You’re not a star, genius, guru, higher being or expert even if you believe it in your soul. You’re just a regular person, like the rest of us. Thinking and acting that way can only lead you to mediocrity.

You’ve missed the best opportunity there is, connecting with people, being true, honest, transparent, sincere, humble. That’s why we ignore you.

You’ve failed, you fail and you’ll fail for a simple reason: you never considered that we’re not like you.

Every time you find behaviours, practices or people like this, we invite you to use the hashtag #smokemakers. Share it with the world.