Finding the joy and wisdom of living each day with awareness, love and compassion – Mingyur Rinpoche (podcast interview)

Isra writes and posts IG team – A while ago, Manex Ibar talked about Mingyur as one of his teachers, which caught my attention. So, I started to investigate, until a few months later, we initiated contact with Tergar (thanks, Maria Primachenko) to be able to interview Yongey Mingyur Rinpoche on the podcast, one of the highest Tibetan meditation masters of our times. A disruptive profile due to his approach to meditation – between spiritual and scientific -, his history as a child with panic, for leaving everything and going to wander around India for years and his significant impact on the three published books. After a while, we were granted the opportunity to ask him some questions and here is that interview…

Who is Yongey Mingyur Rinpoche?

“Make you friend with everything“ 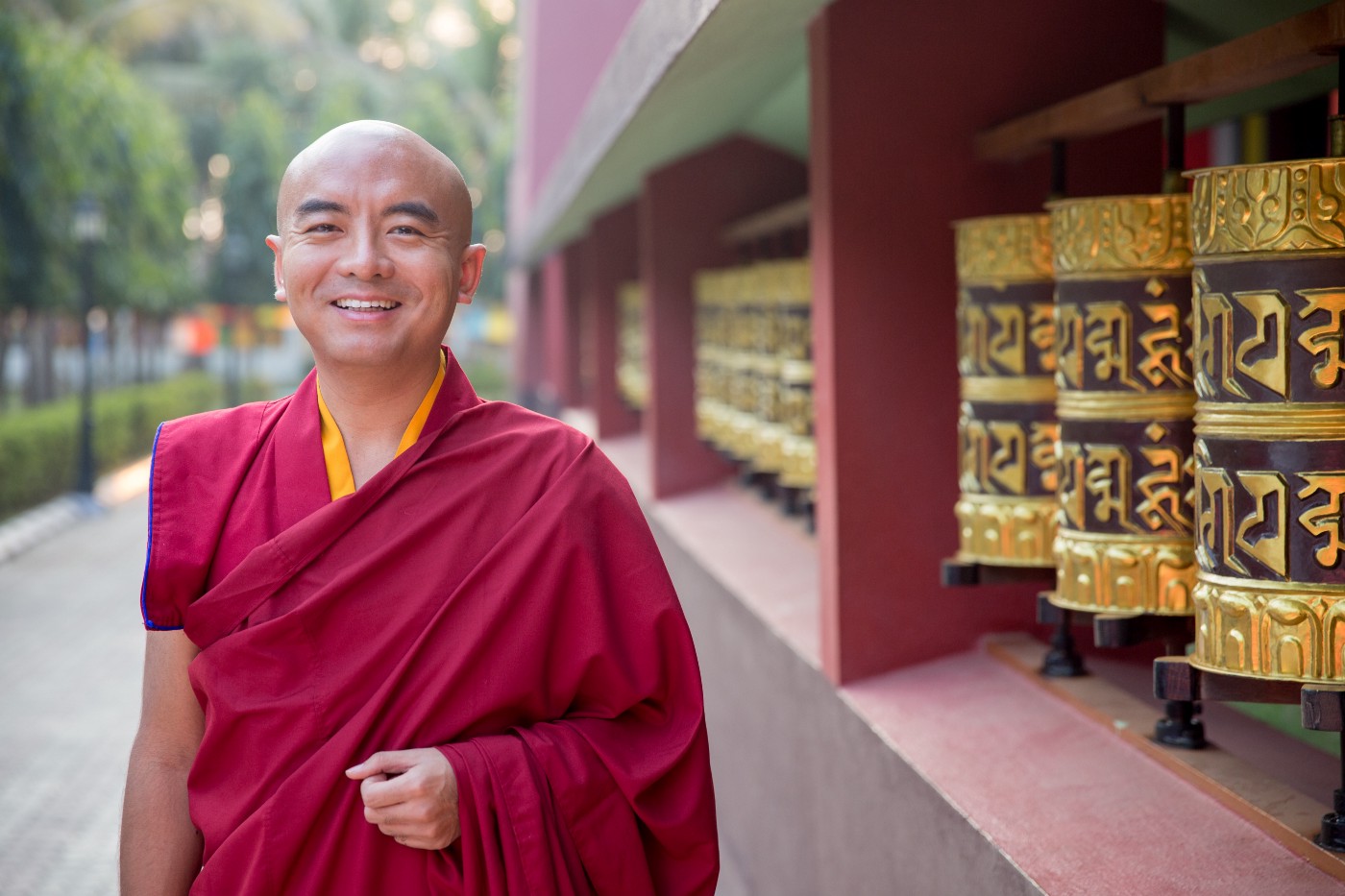 Mingyur Rinpoche is a world-renowned meditation teacher with a personal experience of anxiety and panic attacks, which he suffered from during his childhood and adolescence. That is when he learned to transform his panic through meditation. Born in Nepal in 1975, Mingyur Rinpoche began studying meditation as a child with his father, Tulku Urgyen Rinpoche, a highly respected Buddhist teacher. As a child, he became interested in contemporary science through conversations with scientists who visited his father. As he grew older, he began collaborating with neuroscientists and psychologists, including Richard Davidson and Antoine Lutz of the University of Wisconsin, who were involved in research projects. Who study the effects of meditation on the brain and mind.

“If you remember your breathing, you are here” – Mingyur Rinpoche.

Mingyur Rinpoche’s first book, The Joy of Living: Unlocking the Secret and Science of Happiness, debuted on the New York Times bestseller list and has been converted into more than twenty languages. His second book, Joyful Wisdom: Embracing Change and Finding Freedom, explores how difficult emotions and challenging life situations can be stepping stones to discovering joy and freedom. In his most recent book, In Love with the World, Mingyur Rinpoche shares how his meditation practice sustained him when he left his monastery to wander India and the powerfully transformative insights he gained from his near-death experience early in this trip. In addition, Mingyur Rinpoche recently appeared on the Netflix series The Mind, Explained in an episode the benefits of mindfulness.

“We all have wisdom in us“

Isra Garcia interviews world-renowned Tibetan Buddhist leader and meditation master Mingyur Rinpoche. He is also known for being the author of three New York Times bestsellers, The Joy of Living: Unlocking the Secret and Science of Happiness (also translated into Spanish), Joyful Wisdom: Embracing Change and Finding Freedom, and In Love with the World. He is also the director and spiritual leader of the Tergar Community, an international network of Buddhist meditation centres. Mingyur integrates Tibetan meditation with the current scientific understanding of the mind and mental health.

“Don’t control too much; find the balance“

In this rich and insightful yet brief conversation, Mingyur Rinpoche and Isra explore a wide range of topics; from getting the best of meditation, mindfulness, and finding joy to his take on psychedelics, overcoming anxiety, panic, and fear, and how to practice compassion and Love to get the most out of our lives.

“It’s just panic to panic; that’s what you have to be careful of” – Mingyur Rinpoche

“Believe in your goodness“ – Mingyur Rinpoche

Here you will find the video with the interview with Mingyur Rinpoche, with subtitles in English and Spanish:

Links of interest and resources shared in the interview with Mingyur: