We continue with the deep dive in into the Zen world and the ancient wisdom applied to current times. Today a significant disruptor, one of the renowed references of Zen today, Zen Master Soeng Hyang (Barbara Rhodes). I came to her thanks to the recommendation of Zen Master Dae Bong Sunim.

Soeng Hyang is the Zen Master of the Kwan Um Zen School. Barbara is one of the great Master Seung Sahn’s first American women, with whom she began to study in 1972. Later, she received Inka (permission to teach) in 1977, and later, in 1992, she received Dharma transmission by himself. Seung Sahn, which became a Zen Master. In 1969 she became a nun, thus possessing a long and stable career in hospice care. She helped found the Providence Zen Center (Rhode Island), where she lived for 17 years, holding many administrative jobs.

“Everyone needs a healthy ego“

Now, Soeng Hyang is developing the work of spreading Kwan Um knowledge through digital media. She is dedicated to providing Zen teachings to practitioners around the world. In her family life, she has a daughter and lives with Mary in California.

Barbara or Soeng Hyang is a Zen master herself, who has managed to combine this ancient and so practical philosophy with current times, online training, and so much lack of attention generated by so many distractions. It is a privilege for me to count on a Zen teacher with the background and worldwide recognition that this wise woman possesses.

“You do not grow spiritually, you return home to your true self“

“I never saw Buddha until I tried LSD for the first time.” 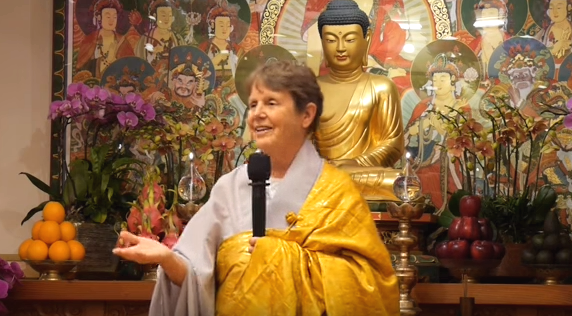 In this new episode, we interview Zen Master Soeng Hyang, one of the top Zen spiritual leaders of the Kwan Um School. In the podcast, you will find a conversation that revolves around the practical wisdom and action that Zen philosophy represents today. We also discuss Koans’ tremendous impact and the different techniques used in Zen to empty the mind, fill the spirit, and connect with who we are here and now.